Ciao, bella! The prettiest pastries this side of Palermo are sold on 18th Avenue

A slice of Sicily lives on 18th Avenue – a pasticceria with a stand-up coffee bar and separate sections for pastry, gelato and bread, just like in the old country. The cannoli are so fine, they’re served at Jay-Z’s 40/40 Club at Barclays Center. “We’re all about the cannoli,” said Antonio Alaimo, 26 (also known as Anthony), a third-generation co-owner of Villabate Alba, the Bensonhurst bakery in question.They’re the most popular product at the Sicilian-centric shop at 7001 18th Ave., which also sells a staggering 40 pounds per week of marzipan – almond-paste

We're not around right now. But you can send us an email and we'll get back to you, asap.

Sign up for our newsletter to hear more about our promotions!

Don’t worry, we hate spam as much as you do! 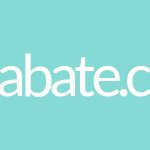